Congratulations to SPL Director Mark Shaw on retirement this month after 35 years of dedication to the library!

Mark has guided SPL through many highs and lows, and we thank him for his steady leadership. Mark may be ending this chapter of his time at SPL, but he hopes the next chapter includes plenty of time to read and frequent the library as a patron. Read Mark's farewell below.

A Farewell from Director Mark Shaw 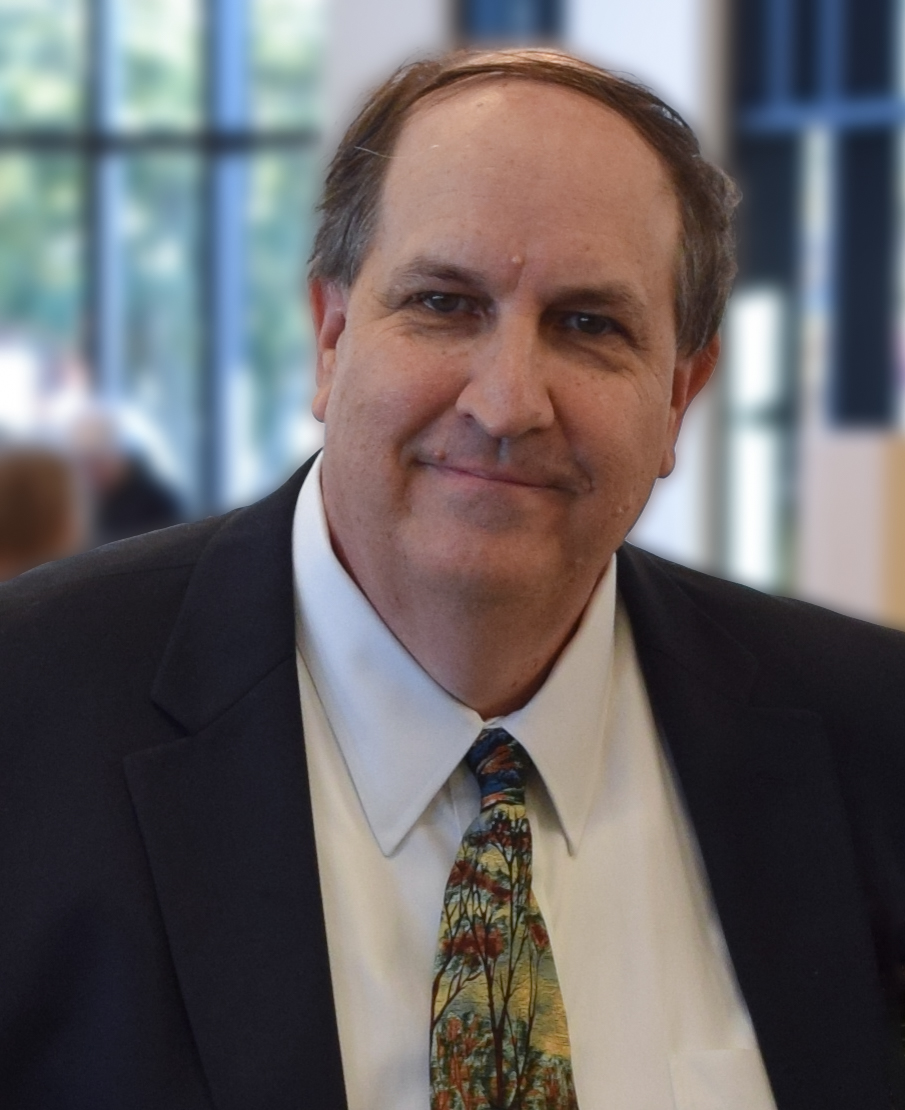 My first job with SPL was Treasurer for the library system. In 1989, I added the title of Operations Manager with responsibility for technology and buildings. I became Director in 2002 upon the retirement of Frances Black. When I first came to SPL, I did not intend to stay long. My goal was to become a portfolio manager and financial analyst.

But I fell in love with the library. I love the concept of libraries connecting patrons with library materials and information and entertainment regardless of wealth or status. I love the fact that anyone can walk into a public library and access the whole universe of knowledge without spending one dime. I loved it so much that I made it my career and life’s work.

Many changes have occurred since 1986. Computers were just starting to become a force for libraries when I started but are now ubiquitous. The internet was a decade away but is now so entwined with daily life that we use it without thought. Patrons are no longer limited by what is on the shelf at Grove City or Westland. Millions of items, both paper and electronic, are a click away. In partnership with the City of Grove City, a new Grove City Library was opened on Broadway in 2016, shining today as one of Grove City’s jewels. The Westland Area Library has expanded from 6,000 square feet to 27,000 square feet, including a beautiful new Youth Services Department that was opened in 2019.

But these accomplishments are certainly not mine alone. Many people have worked hard to advance Southwest Public Libraries through the years. I have spent the last 35 years surrounded by talented and hardworking staff members who have worked with me as a team to continuously improve library service.

Dozens of community volunteers have served as library trustees and have volunteered thousands of hours towards the cultivation of SPL. Grove City resident Jeff Davis and his team of dedicated volunteers passed SPL’s first levy in 2010 and made the expansions of the last ten years possible. The determination and hard work of Grove City Mayor Richard L. “Ike” Stage and Grove City Administrator Chuck Boso enabled the new Grove City Library to come to fruition.

Finally, but not least, the support of our patrons and community has made SPL what it is today. Without you, we could not have passed our levy, and without you, it would not have been renewed in the middle of a worldwide pandemic. We are grateful.

SPL has not been without lows. During my tenure, there have been four major economic downturns which forced me to make painful cuts to staff and services. The Financial Crisis of 2008-2009 was particularly brutal and forced me to make the heartbreaking decision to lay off a sizable portion of the loyal and hardworking library staff to deal with budget cuts. That time was the low point of my career. Before passing a levy in 2010, we had failed seven levies in a row, which was a bitter disappointment. But with the support of our community, we have proved SPL is resilient.

In December 2017, I informed the Board of Trustees of my intention to retire in early 2021. Little did I know back then that my final year would be upended by a worldwide pandemic. I spent my entire career trying to make libraries more inviting, accessible, and user-friendly and yet in this past year have been forced to scale everything back in an effort to keep everyone safe. The past year has brought unprecedented disruption to library service, and I am grateful that our patrons have stuck with us as we have adapted service to respond to conditions we never thought we would experience.

I have pledged to the Board of Trustees to do whatever is necessary to ensure a smooth and successful transition to a new director. It has been an honor and a privilege to serve the SPL community over the last 35 years, and I extend heartfelt gratitude to all of those who have helped and supported me along the way. I will always love SPL.

“I am unsure where the library would be today without Mark’s financial acumen, keen ability to gather people in support of SPL, and all the sheer hard work and determination he put into promoting SPL’s value to the community...The work he has done here during his 35 years of service has had a major impact on the organization and will not be forgotten.”

"It’s not an overstatement to assert that Southwest Public Libraries exists in its current state primarily because of the expertise and stewardship of retiring director Mark Shaw. He played a major role in SPL’s operations in his first position as Clerk/Treasurer. After his promotion to Library Director in 2002, Mark guided the library through both the most difficult and successful periods in its history. His financial acumen and foresight during economic downturns and funding struggles allowed the library to continue operation. He made tough decisions that led to SPL’s very survival. The decisions he made in the hard times paved the way for a brighter future."